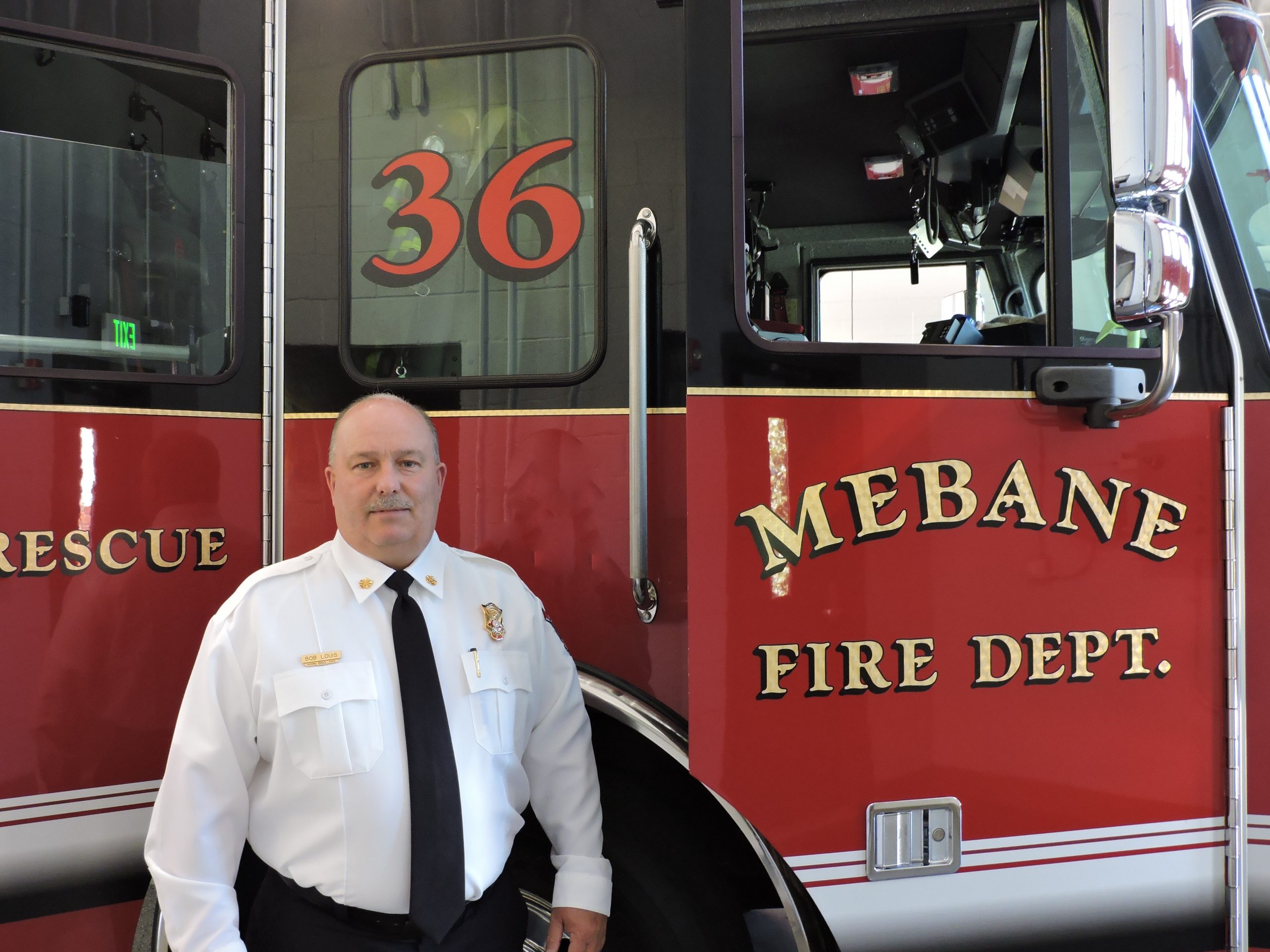 Robert J. Louis (Bob) was born December of 1969 in Syracuse, NY and moved to Alamance County in November of 1977. He attended Andrews Elementary, Broadview Middle, and THE Eastern Alamance High School, and obtained his General Educational Diploma from Alamance Community College. Bob is a graduate of the National Fire Academy’s Volunteer Incentive Program in Leadership and Administration and graduate of the University of North Carolina at Charlotte’s Fire & Rescue Management Institute and currently holds an Advanced Firefighter Certificate from the NC State Firefighters Association. He has been a member of the Mebane Fire Department for 28 years and has served as Superintendent of Alarms, Secretary and Captain. He was promoted to Chief of the Fire Department and has served in that capacity for 21 years. He is a Level II Firefighter, Level III Fire Inspector, Emergency Medical Technician, Technical Rescuer, Driver Operator, Haz-Mat Operations, Chief’s 101-2020 Edition, High-Angle Rescue and a certified Fire/Arson Investigator certified through the State of North Carolina. He has achieved Unified Command and Controls and meets all the NIMS Certification and requirements. He has twice received the Gregg Hinson Memorial Service Award, once in 2003 and again in 2008. He has been married for 23 years to his loving wife Karen McAdams Louis, has a daughter Leslie Brooke and two grandsons Cohen and Sammy and granddaughter Katielynn. He is a member of Bingham Lodge 272, and a Noble in the Amran Shrine Temple, and served as President for the Burlington Shrine Club and continues to serve as a Board of Trustee.