The City of Mebane’s Bicycle and Pedestrian Advisory Commission (BPAC) has begun installation of a temporary ‘parklet’ on the corner of 4th Street and Clay Street.

Designed to encourage more walking, biking and dining downtown, the parklet was approved by the City Council during the July 12th meeting. The parklet is currently under construction and will see a few more improvements over the next couple of weeks including paint and the addition of plants.

The temporary parklet is part of the Better Block initiative aimed at “test driving” pedestrian and bicycling improvements within the City of Mebane to gather community feedback before pursuing more permanent projects.

The first parklet in Mebane is set to officially open in early September – stay tuned for more information on the official opening of Mebane’s first parklet! 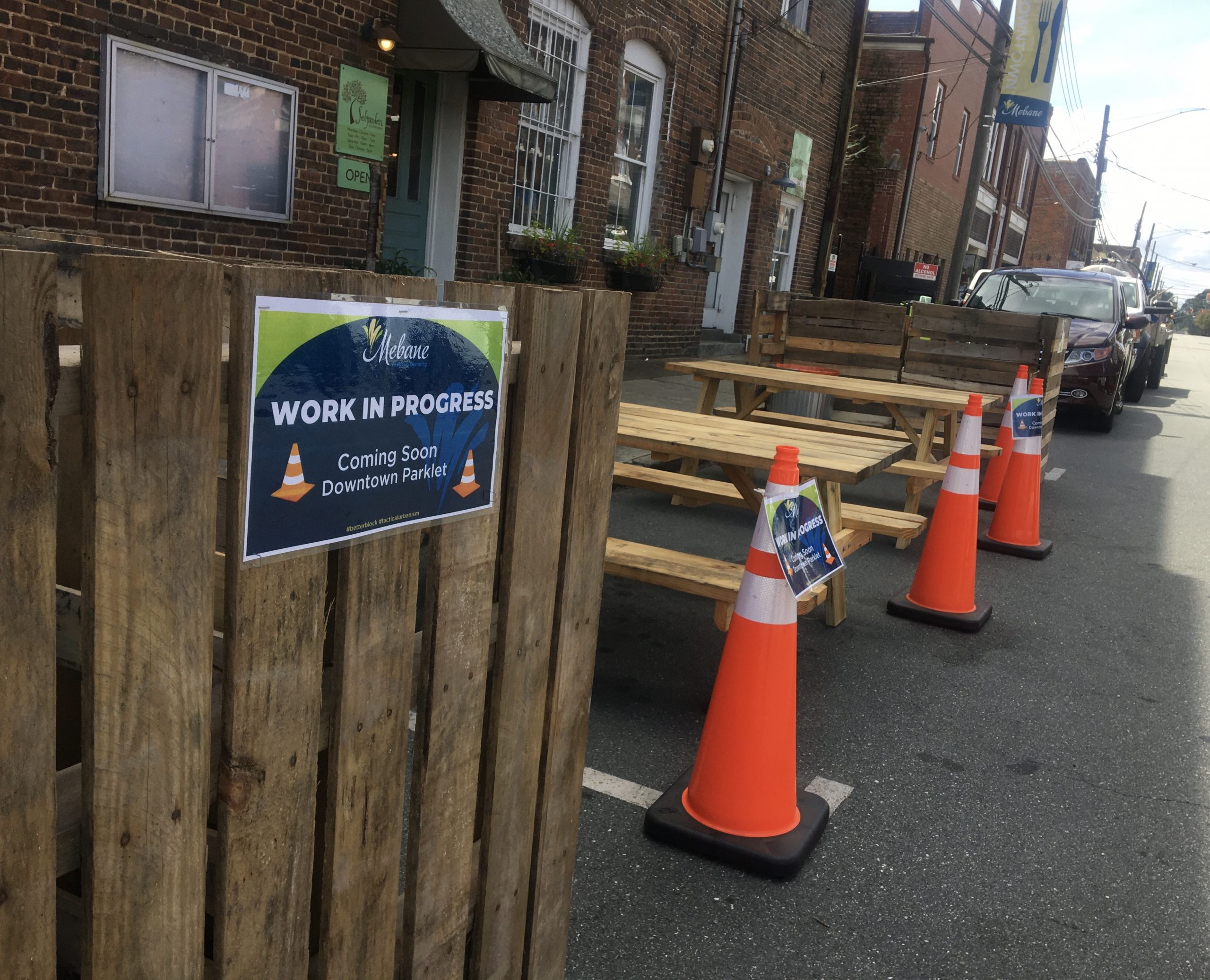